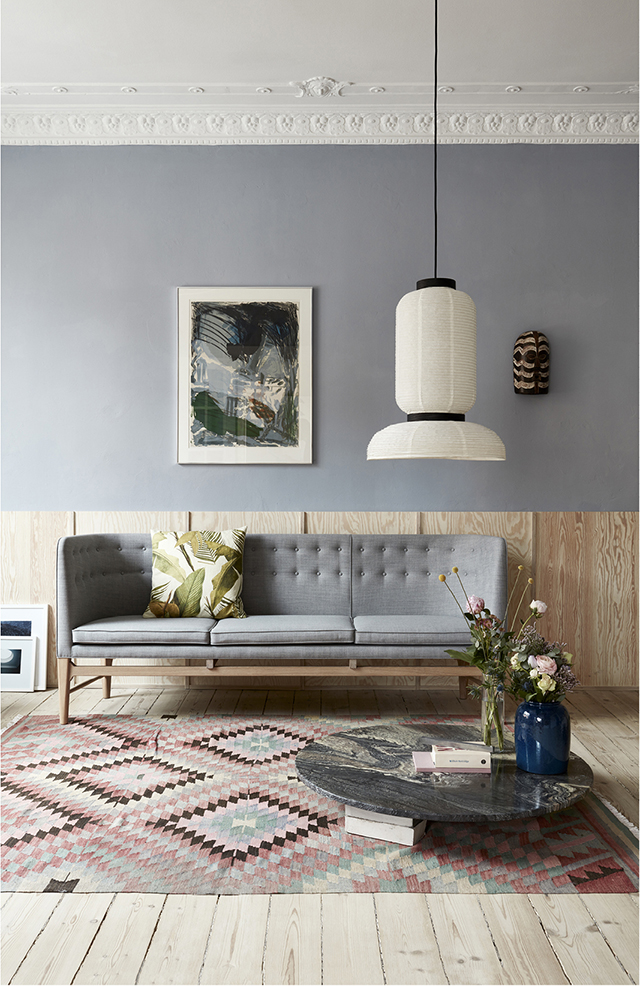 Located in the Frederiksberg, the couple renovated the once run-down
apartment themselves. Restoring the original architectural detailing,
they have introduced new contemporary additions to provide a strong
yet understated contrast. The couple have also incorporated their own
stories and heritage. Justine’s South African roots can be seen in details
such as the fabrics and lithographs created by artists such as her aunt,
South African artist Deborah Bell. 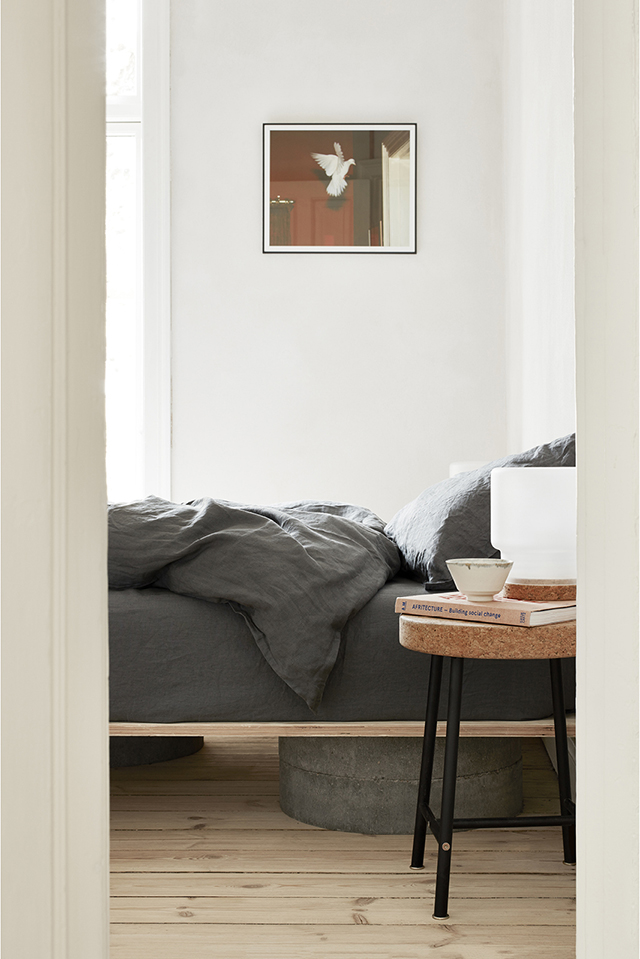 Bringing in a number of delicate heirlooms, Jonas’s Danish upbringing
is also evident. Featuring natural materials such as wood and stone, the
home showcases the pair’s attention to detail and the interaction between
origins, functionality and aesthetics. The end result a beautiful!