Open House London has officially released the list of over 800 buildings open to the public this fall. This year, a range of exciting architecture is featured, including the new US Embassy by KieranTimberlake, Maggie’s Barts by Steven Holl Architects, and Bloomberg European Headquarters by Foster + Partners, the world’s most sustainable office building. Here is a must-see list of buildings to discover. 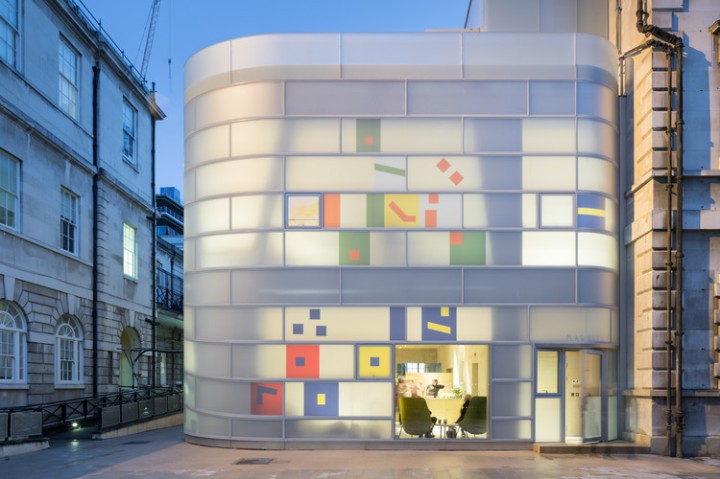 MAGGIE BARTS
Maggie’s Centers are unique, welcoming and uplifting places with qualified staff on hand to provide free practical, emotional and social support for people with cancer, their families and friends. Maggie’s Centers are designed to feel more like a home than a hospital, with no reception desk, no signs on the wall, no name badges and a big kitchen table at their heart. This approach supports the informal relationships between staff and visitors, and is an important part of the unique support they offer. 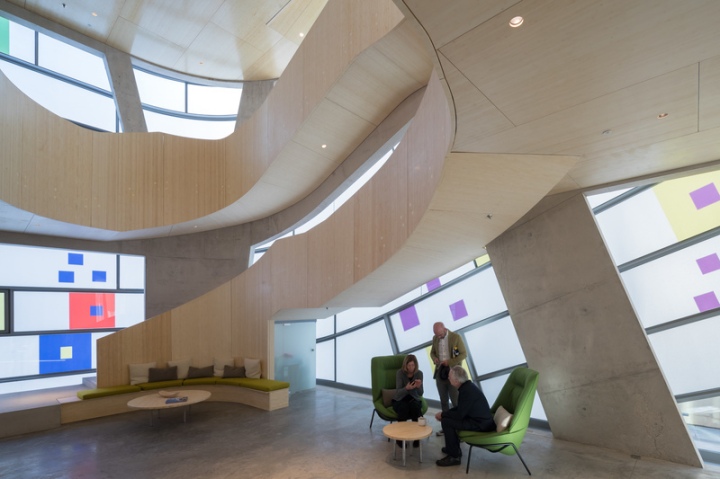 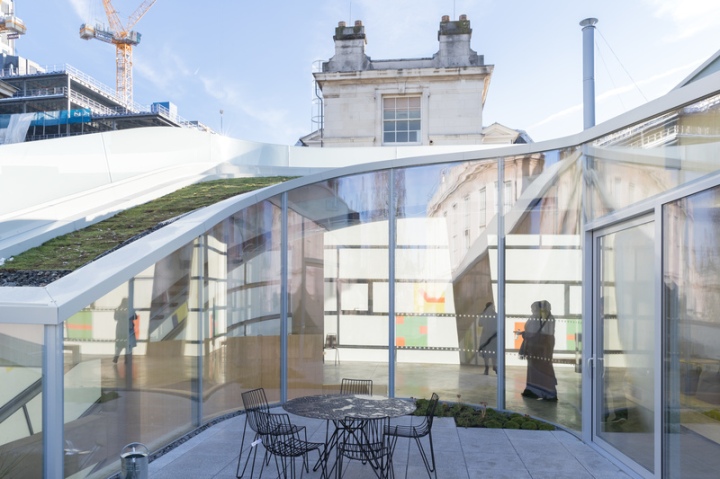 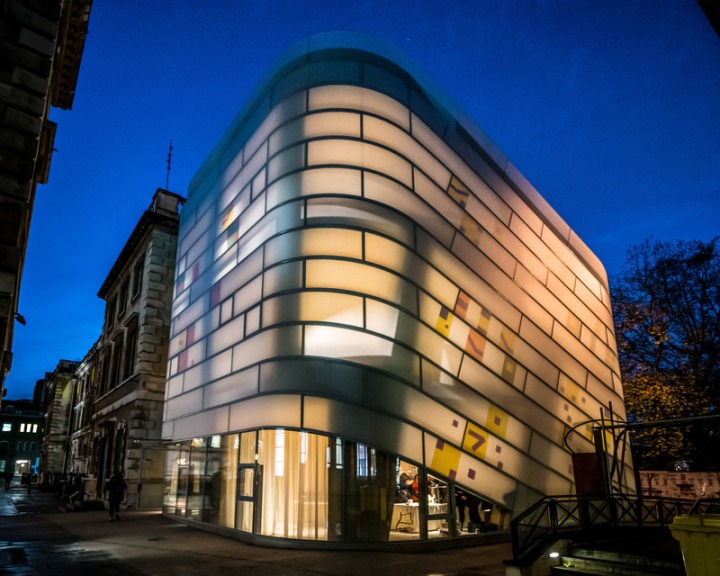 U.S. EMBASSY
The new U.S. Embassy, by KieranTimberlake, in Nine Elms reflects the best of modern design, incorporates the latest in energy-efficient building techniques, and celebrates the values of freedom and democracy. The Nine Elms district, a South Bank industrial zone under intense redevelopment, is a unique setting for the new Embassy. The Embassy stands at the center of this burgeoning area of London, with a public park containing a pond, walkways, seating, and landscape along its edges. Curving walkways continue into the interior of the building with gardens on each floor that extend the spiraling movement upward. 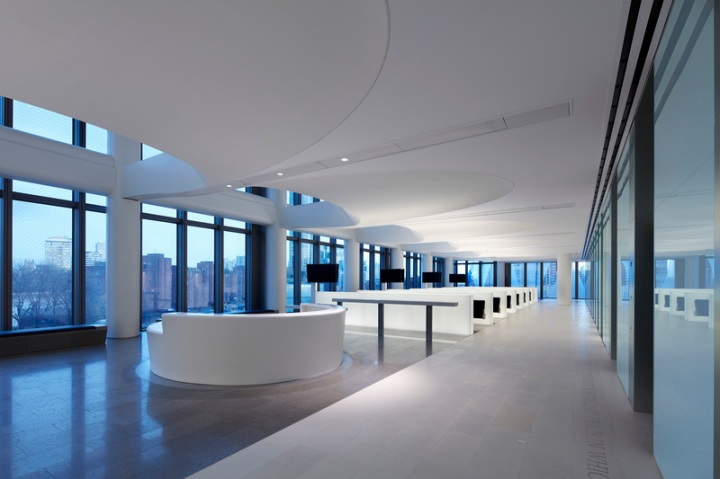 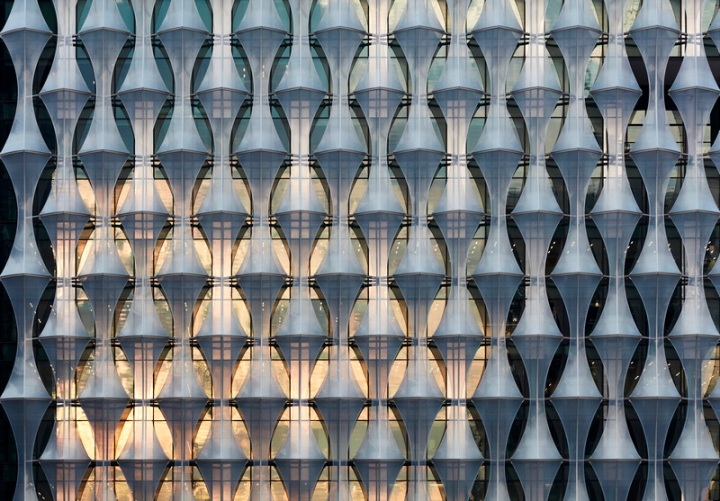 Kieran Timberlake has completed work on the US Embassy in London, a glass cube swathed in shimmering sails of plastic that is set on a plinth and surrounded by a moat-like pond on the edge of the River Thames.

The building, which replaces the previous Eero Saarinen-designed address in Mayfair, has been engineered to balance impenetrable security standards with a visual language of openness. The 12-story cube has a facade of laminated glazing enveloped on two sides with a transparent film of ethylene tetrafluoroethylene (ETFE), the same type of plastic use for the bio-domes in the UK’s Eden Project. 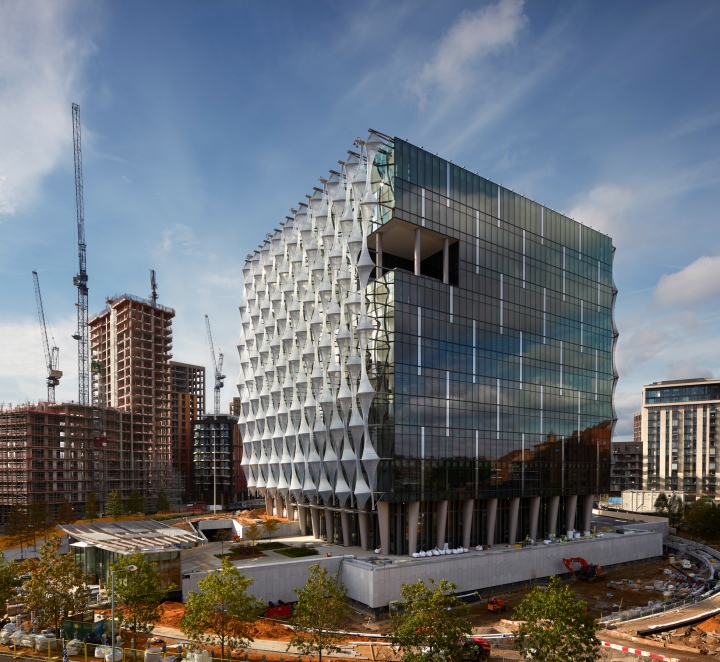 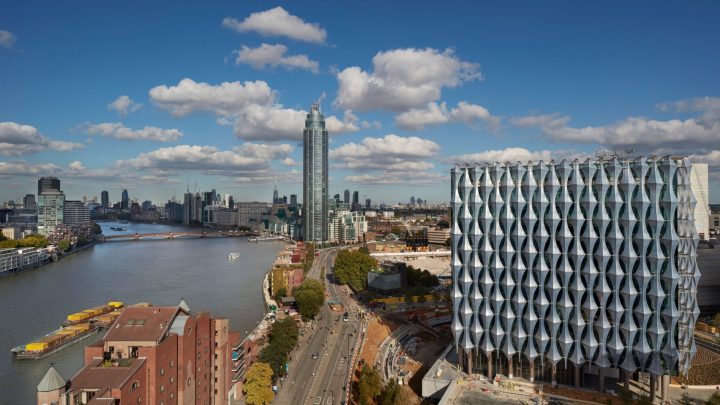 The “transparent crystalline cube” is intended to symbolize “transparency, openness, and equality”. The unusual form of the building’s facade is designed to minimize solar gain and glare while still allowing natural light in. The reflective facade shifts in color according to the weather and the position of the sun. 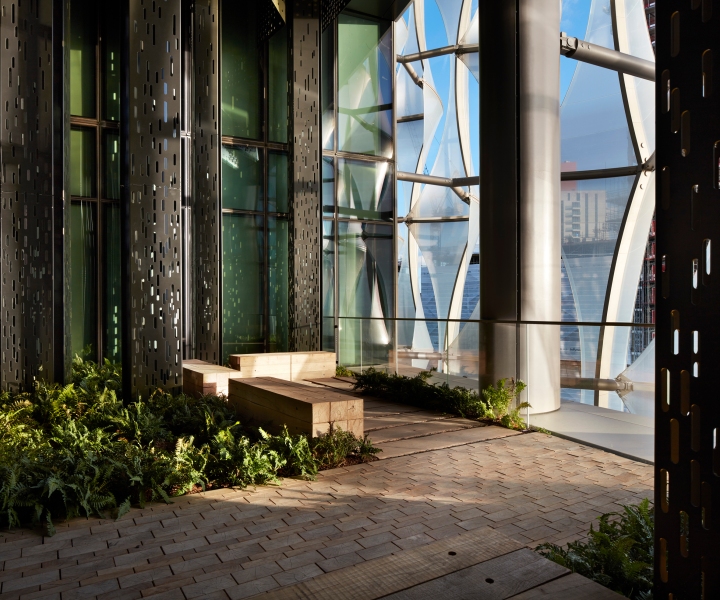 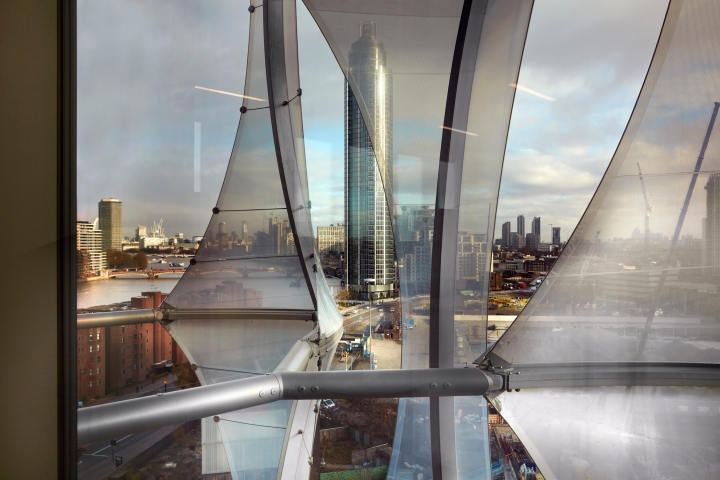 ROYAL ACADEMY OF MUSIC – THEATER AND RECITAL HALL
The Royal Academy of Music’s Theatre and new Recital Hall project has created two distinct, outstanding performance spaces for Britain’s oldest conservatory. Designed for both opera and musical theatre productions, The Susie Sainsbury Theater sits at the heart of the Academy. Inspired by the curved shapes of string instruments, the 309-seat cherry-lined Theater has been acoustically refined to deliver excellent sound qualities. Within the old concrete walls, the Theater incorporates 40% more seating than previously through the addition of a balcony, as well as a larger orchestra pit, a stage wing and a fly tower. All seats have unimpeded views of the stage, while the larger orchestra pit allows for an expanded repertoire choice, from early to modern opera and musical theatre. 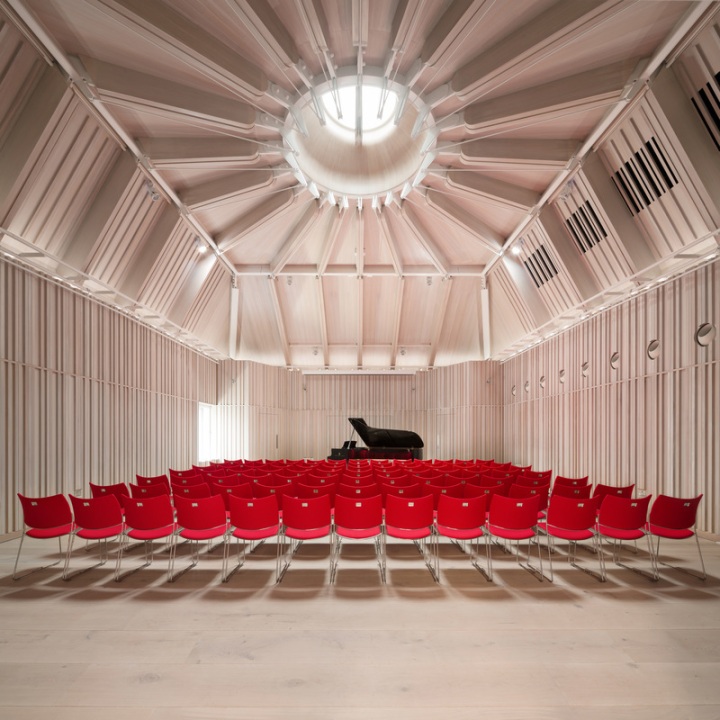 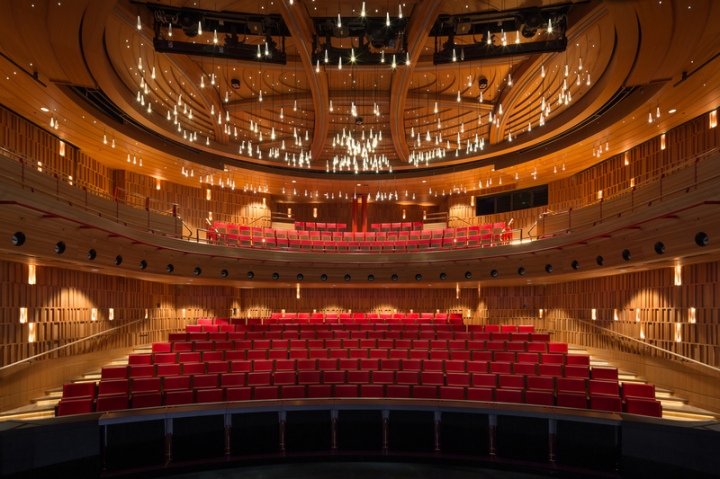 BLOOMBERG EUROPEAN HEADQUARTERS
Bloomberg’s European Headquarters is the world’s most sustainable office building. Home to the financial technology and information company’s 4,000 London-based employees, its unique design promotes collaboration and innovation. In its form, massing and materials, the building’s exterior is respectful of its historic setting – a natural extension of the City that will endure and improve the surrounding public realm. Inside, its dynamic, contemporary interior is a highly specific response to the global financial information and technology company’s needs and embodies the organizations core values of transparency, openness and collaboration. Above all, the building sets a new standard in sustainable office design, with a BREEAM Outstanding rating of 98.5% – the highest design-stage score ever achieved by any major office development. The development uses 70% less water and 35% less energy than a typical office building. 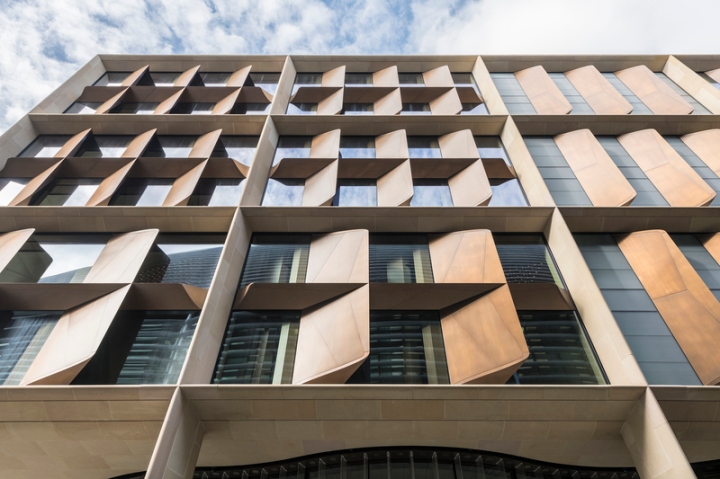 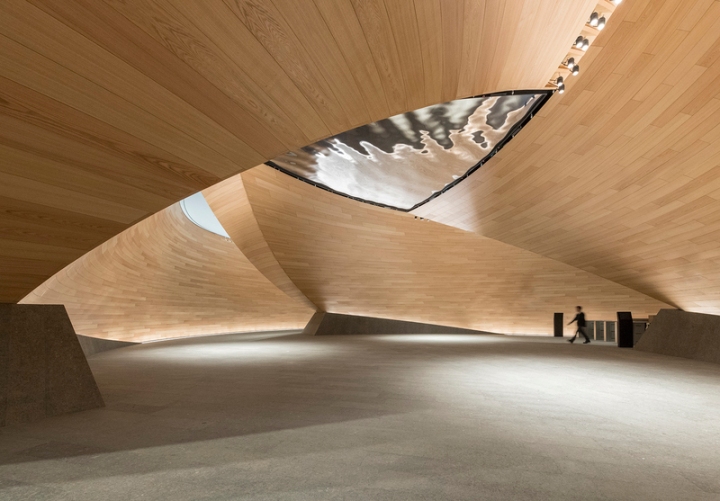 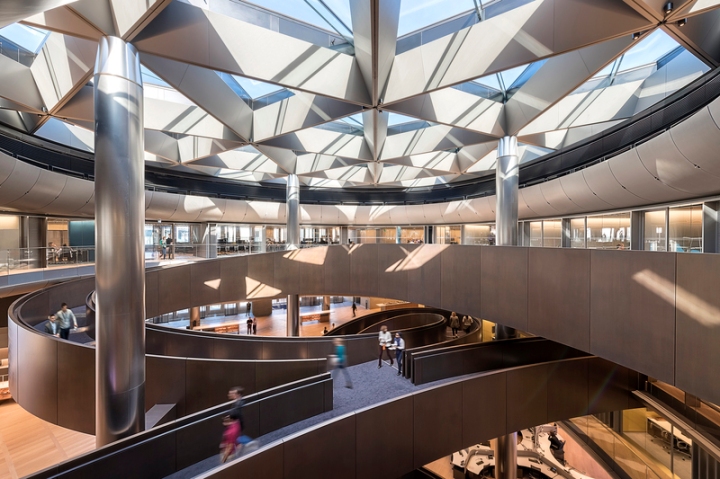