Science Museum’s Math Gallery soars with a stunning Zaha Hadid design.
New gallery tells stories of how math underpins the world. The design for the Gallery responds to the ambition of David Rooney and his team to present mathematics not as an academic concept, but as a practice that influences technology and enables the environment around us to be transformed. Mathematics and its tools have always played a central role in the evolution of the human understanding of nature and the constructed world: for example, Sir Isaac Newton’s methods to derive the laws of gravitation, Henri Poincaré’s extension of the Cartesian geometries to the planetary system and Lord Kelvin’s use of the mathematical technique of curve-fitting to predict the tides. 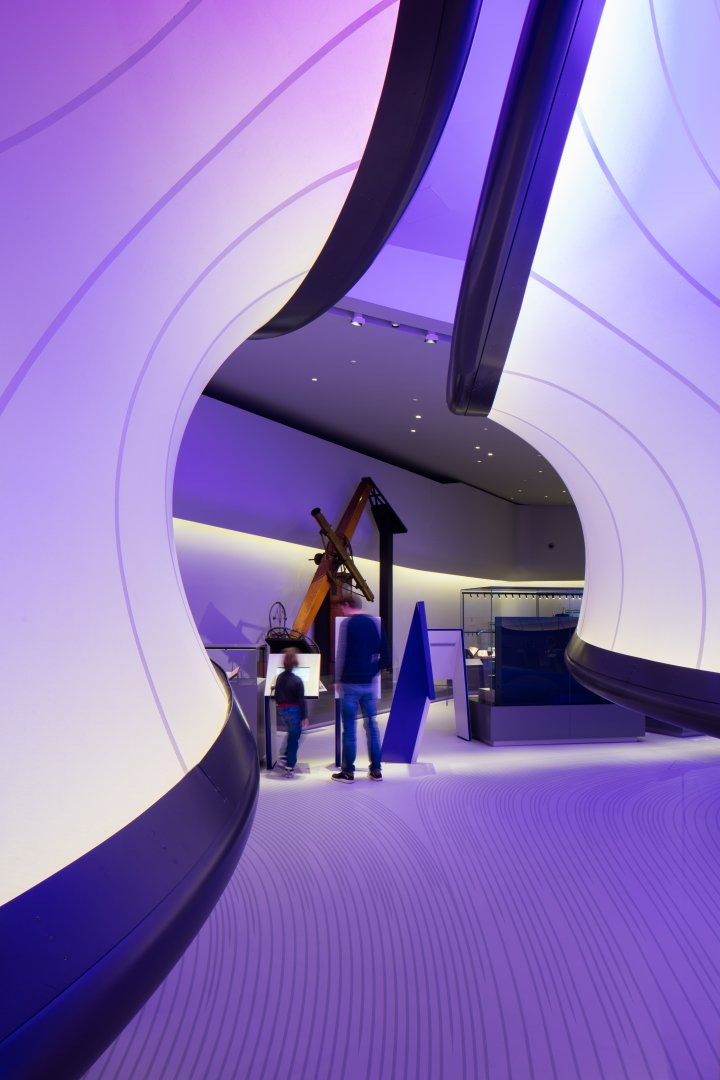 Mathematics underlies all science, so for a science museum to be worthy of the name, math needs to be included somewhere. Yet math, which deals mainly in in the abstract, is a challenge for museums, which necessarily contains physical ones. The Science Museum’s approach in its new gallery is to tell historical stories about the influence of mathematics in the real world, rather than focusing directly on the mathematical ideas involved. The result is a stunning gallery, with fascinating objects beautifully laid out, yet which eschews explaining any math. (If you want to learn simple mathematical ideas, you can always head to the museum’s new interactive gallery, Wonderlab). 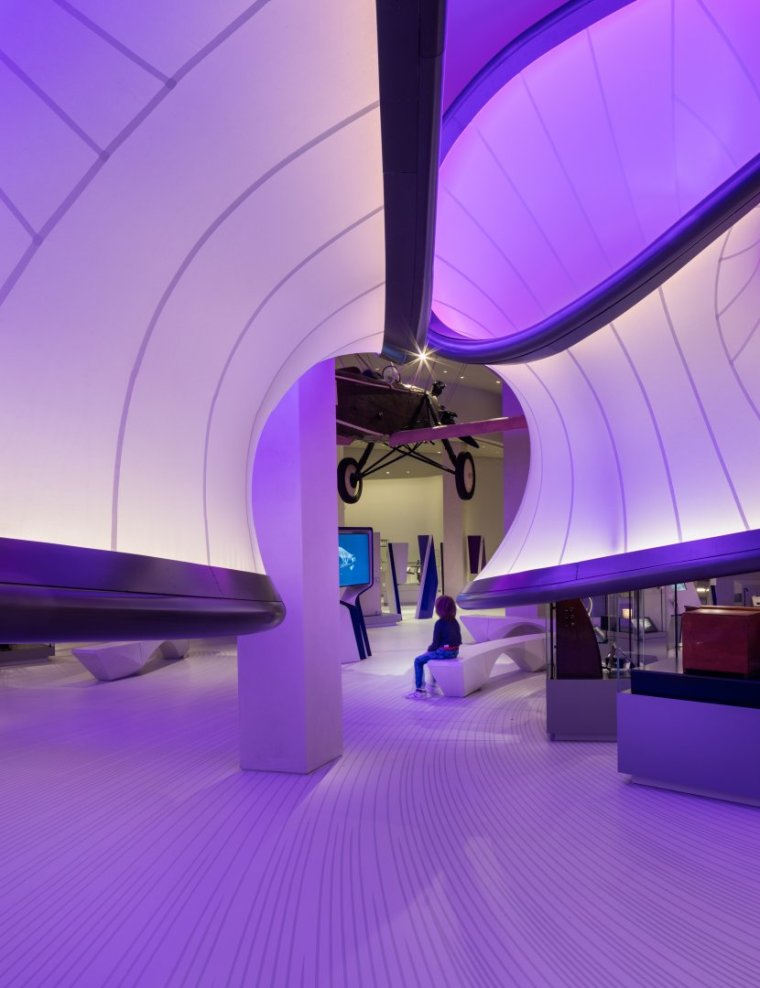 Hanging from the ceiling is an airplane – the Handley Page ‘Gugnunc’, built in 1929 for a competition to build safe aircraft – and surrounding it is a swirly ceiling sculpture that represents the mathematical equations that describe airflow. In fact, the entire gallery follows the contours of the flow, providing the positions of the cabinets below. 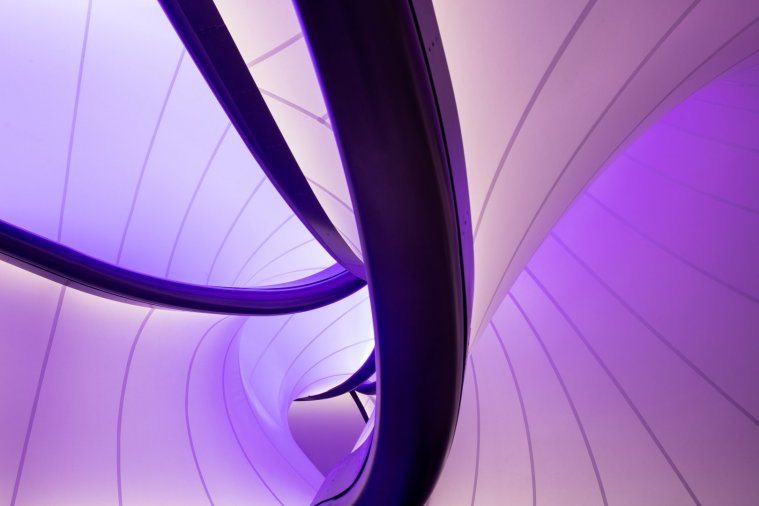 Mathematics has had a profound influence on architectural shapes and forms (known as morphology) and their origins, basing them on sound structural principles. The enhancement of the performative aspects of design with respect to the built environment, its manufacture and ultimately the comfortable navigation by people within these environments, forms an integral part of building on these foundations.

In a section on “form and beauty”, there is a modern replica of a 1920s chair based on French architect’s Le Corbusier’s Modular system of proportions, and two J W Turner sketches from his Royal Academy lectures on perspective.